What is the connection between Baden Powell, Wimbledon Common and the Wombles?

On Wimbledon Common there is a Windmill.
Baden Powell lived in the mill house for a time and spent time writing part of Scouting for Boys in during 1908. 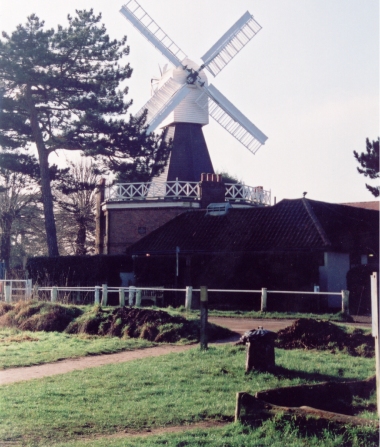 The Windmill on Wimbledon Common has been a distinctive landmark since it was built in 1817 to serve the local community. However it only operated until 1864 due to a land dispute, when the machinery was removed and it was converted to residential accommodation.

The Windmill was constructed as a hollow post mill, which is very unusual for this country, although quite common in Holland. The name “hollow post” derives from the fact that the shaft driving the machinery passes through the hollowed out core of the main supporting post. With the passing of the Wimbledon and Putney Commons Act in 1871, the Windmill came into the hands of the Conservators. The building they inherited was in very poor condition and by 1890 it was in danger of collapse. A public appeal was launched and in 1893 major repairs were carried out.

Further repairs were carried out in 1952 and in 1967 but it wasn’t until 1974 when the cottages in the roundhouse were vacated that the true extent of the rot within the timbers was discovered and extensive repairs were now necessary and an appeal was launched to raised £20,000. The mill was turned into a museum in 1975. In 1999 a grant from the Heritage Lottery Fund enabled the Patent sails to be restored to working order. One of the smaller apartments is preserved within the current museum. It is no longer a working mill, but the mill machinery is still largely intact.

During World War II , the mill was camouflaged with a drab green scheme to reduce its visibility as it was in close proximity to army camps set up on the Common, at the conclusion of the war the mill was repainted again to remove it’s drab green colour

In 2015 one of the sails fell off the shaft, so a fund raising campaign was started to raise the £138,000.00 to restore the sails, after a donation of £100,00.00 work on the restoration, with the fully restored sails were installed on 9th November, 2016, and we enjoy running them occasionally on suitably windy days.

The Wombles were created by Elisabeth Beresford in 1968 and first appeared in a series of childrens novels, that live in burrows, where they help the environment by recycling rubbish in useful and ingenious ways. Although Wombles live in every country in the world, the stories focus on the life of the Wimbledon Common burrow in London, England .

All the Wombles have names of different geographic locations, which they choose from Uncle Bugaria’s Atlas once they come of working age. The main characters are shown below

The Womble books were adapted as a British children’s television program, The Wombles, a series of five-minute stop-motion episodes produced by FilmFair for the BBC and voiced by Bernard Cribbins, who himself was a Scout in Oldham from 1945-1947 . The first series aired in 1973 and the second in 1975, sixty episodes in all. In 1977, a feature-length live-action movie called Wombling Free appeared, starring David Tomlinson and Bonnie Langford

The theme tune for the Wombles TV series, was written by Mike Batt, can be played below 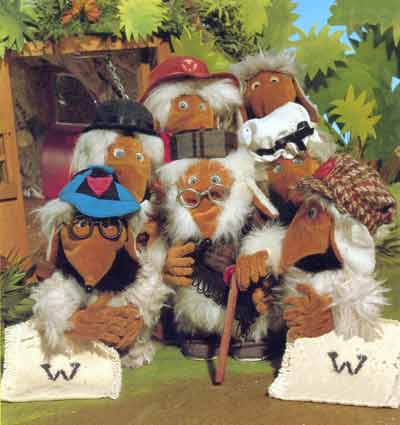